Born and raised in Lockhart, Texas, Dr. Elrod has over a decade of experience working as a physical therapist. He loves working with people who are active, whether that means chasing around their kids or running marathons. Dr. Elrod is a Fellow Mentor for The Manual Therapy Institute, where he supervises candidates for Fellowship as they advance into the clinic to apply real world practice. Dr. Elrod has studied Active Release Technique and also offers dry needling. He is a Fellow of the American Academy of Orthopedic Manual Physical Therapists. Dr. Elrod holds a Doctorate of Physical Therapy from the University of Texas Health Science Center at San Antonio. He is a graduate of the University of Texas at Austin.

Dr. Gwyn was born in Bedford, England and lived in several countries before settling in Austin, Texas. She graduated from Rice University with a BA in Kinesiology. While at Rice, she was a varsity member of the cross country and track teams during a time when they won 8 conference championships. Dr. Gwyn earned her Master’s of Science in Physical Therapy and her Doctorate in Physical Therapy from Texas Woman’s University. She went on to receive her certification in the McKenzie method of mechanical diagnosis and therapy in 2013 and her Fellowship in Orthopaedic Manual Physical Therapy in 2015. Dr. Gwyn is on faculty with The Manual Therapy Institute, a post-doctorate Fellowship Program in Orthopedic Manual Physical Therapy, where she educates fellows-in-training nationwide. She and Dr. Kroon are co-owners of Mondo Sports Therapy.

Dr. Kroon was born and raised in Leiden, the Netherlands and graduated from the Haagsche Opleiding voor Fysiotherapie in Den Haag prior to moving to Texas. He received his Doctorate in Physical Therapy in 2013 at Rosalind Franklin University, is Board Certified in Orthopaedic Physical Therapy, and a Fellow in the American Academy of Orthopedic Manual Physical Therapy. Dr. Kroon is the co-owner and Program Director of the Manual Therapy Institute, an ACOMPTE credentialed post-doctorate Fellowship Program in Orthopaedic Manual Physical Therapy. He has been teaching post-graduate manual therapy courses nationwide since 1994. Dr. Kroon and Dr. Gwyn are co-owners of Mondo Sports Therapy.

Dr. Riggins grew up in Dripping Springs, Texas competing in swimming and equestrian sports. She swam for Hartwick College in upstate New York and specialized in breaststroke and individual medley events. Dr. Riggins is passionate about helping active individuals optimize their performance and achieve longevity. She is an avid weightlifter, yogi, and aspiring runner. Dr. Riggins worked as a personal trainer while obtaining her Doctorate in Physical Therapy from Texas State University, and has a love for movement, exercise, and education. She is currently pursuing a fellowship in the American Academy of Orthopedic Manual Physical Therapists through The Manual Therapy Institute with an anticipated completion date in 2023.

Dr. Marburger is a native of Reading, Pennsylvania and tries to make frequent trips to visit family there. In 2010, he graduated from the United States Military Academy at West Point with a Bachelor of Science in Kinesiology and a minor in Environmental Engineering. There he earned Patriot League Scholar Athlete honors for his contribution in track and cross country. In fact, during his time of service he would go on to be the Army Ten Miler coach at Fort Hood for several years. Commissioned under the US Army in Air Defense Artillery, he was fortunate to be stationed around the world during his seven years of active duty. This included a hardship tour in South Korea and several deployments to the Middle East.

Although he has a soft spot for fellow runners, he is passionate about treating athletes of all skill levels. His goal is to assist his patient’s return to their active lifestyle healthier and happier. Dr. Marburger is married with two adorable cats. He is an adamant sports fan, so he is often catching up with his favorite podcasts to and from work. On game day, he is rooting for his alma mater, of course. Go Army!

Dr. Marburger holds a Doctorate in Physical Therapy from Texas State University, San Marcos. He is pursuing a fellowship in the American Academy of Orthopedic Manual Physical Therapists through The Manual Therapy Institute with an anticipated completion date in 2022.

Dr. Okamoto was born and raised in Honolulu, Hawaii. He graduated with his BS in Exercise and Sports Science at Oregon State University and obtained his Doctorate in Physical Therapy at Samuel Merritt University in Oakland, CA. Additionally, Dr. Okamoto completed the 9 month Kaiser Vallejo Proprioceptive Neuromuscular Facilitation (PNF) Residency in 2009 and his Fellowship in Orthopedic Manual Physical Therapy in 2013. Currently, his is working towards his certification in Dynamic Neuromuscular Stabilization (DNS).

Dr. Okamoto has been working as a physical therapist in California for more than a decade. He enjoys working with patients from all walks of life and focuses on empowering his patients through education and improving their performance through optimizing correct movement strategies. More recently, his focus has been on helping golfers of all abilities improve their games through facilitating improved golf swing mechanics through better movement strategies throughout the swing.

When not in the clinic, Dr. Okamoto enjoys traveling, eating good food, golfing, and teaching/training in martial arts. 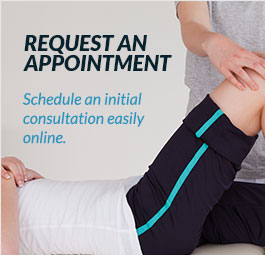 What Patients are Saying 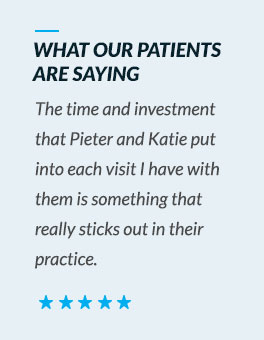